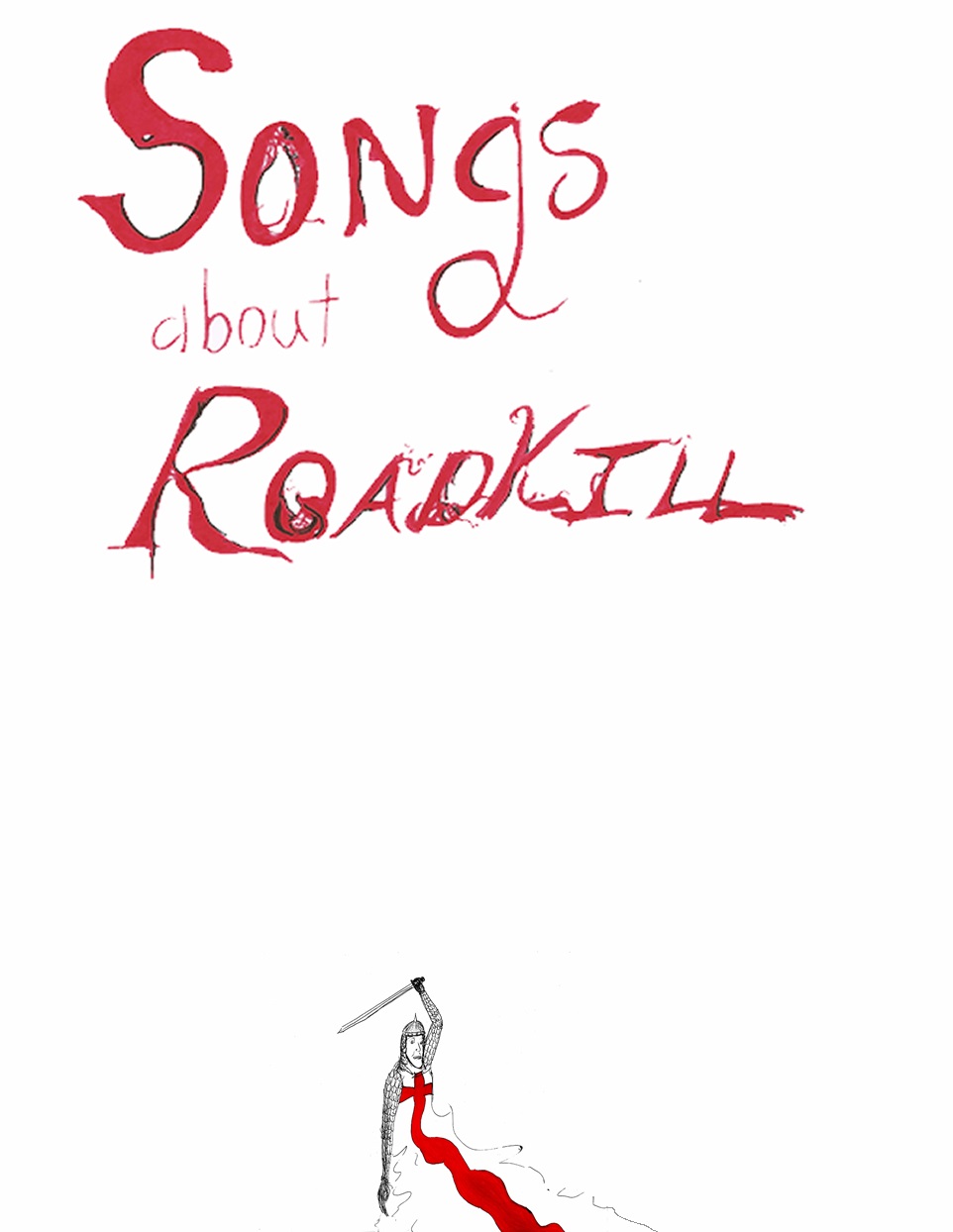 It's Songs About Roadkill.

We put it out at the Fenokee Tribunal show on 10/28/2016. Were you there for the history? I should hope so. All tracks are Carlton originals Copyright 2014-2016, except where otherwise noted.

Well ok, then. It was gonna be a concept album. At some point I realized I had 3 songs explicitly about roadkill. Then you can add in several - "New Aunt Oakley" by technicality, and also "May Flowers" which wasn't written about roadkill but later incidentally became about roadkill without the song itself ever having changed. It's funny how that works. Then there are several other songs which aren't here that relate pretty well to the theme. Anyway, it didn't work out as a concept record, and I'm sorry to say this only has two songs about roadkill (including smash sensation "New Aunt Oakley"). I'll give you the just-roadkill cut some day as a digital file. I think this worked out ok, though. I hope you will enjoy it. "Guiron" is about Guiron, so that's something. Expect more shows, and tell your friends if you really, sincerely enjoy it.